To celebrate Book Day, at Azerta we have made a selection of this year's must-reads that should be on our nightstands. The following is a list of essential books that, come what may, you must read.

Bill Gates has the floor

The owner of Microsoft is — and will continue to be — an authority on technological matters, but even before the pandemic broke Bill Gates had already become an oracle of sorts, giving us insights into what the future would hold. And his most recent area of concern — the consequences of environmental pollution — are brilliantly captured in his book, How to Avoid A Climate Disaster:  The Solutions We Have and The Breakthroughs We Need (Plaza & Janés).

Gates begins by raising a fundamental issue regarding the 51 billion tons of greenhouse gases that humanity releases into the atmosphere each year, a number which, one way or another, must be brought to zero by 2050. If that doesn’t happen, we will almost be better off bidding goodbye to the planet we know.

“What right do I have to lecture anyone about the environment?” asks the philanthropist, who now gets around in an electric car and who in 2019 sold all his direct holdings in oil and gas companies. The value of this book is undoubtedly in that a figure as influential Gates, who is far from being a paragon of environmental activism, is warning of the urgent need to act to avoid a climate catastrophe. The reasons for this and the plan put forward by one of the richest men on the planet for how to avoid climate disaster in 2050 is what the reader will discover page by page. 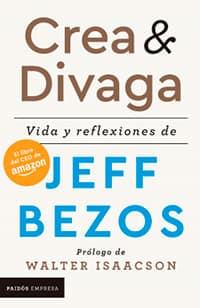 From abracadabra to Amazon

Before the publication of his book, Invent and Wander: The Collected Writings of Jeff Bezos (Planeta), the true story of Amazon’s owner was more like an enigma pieced together from magazine articles and different myths sprinkled around the web. But with the launch of his book, Bezos opened himself to the world like a Pandora’s box. As a child he spent summers with his grandparents on their Texas ranch, where he learned important life lessons. “I helped fix windmills, vaccinate cattle, and do other chores around the ranch. I also watched soap operas every afternoon. My grandparents were members of a club of RV owners who together would travel throughout the United States and Canada. We would hitch up the trailer and become part of a long procession of three hundred other adventurers,” he writes.

Starting with an introduction by Walter Isaacson, renowned writer and author of biographies of Kissinger, Benjamin Franklin, Albert Einstein, Steve Jobs and Leonardo da Vinci, through to the last page, the book is full of lessons, anecdotes and episodes that show us who the owner of Amazon and the richest man on the planet truly is.

In school he had a tendency to become completely engrossed in whatever he was doing. Bezos recalls that, “The teacher told my mother that I became so absorbed doing the exercises that when she wanted to get my attention to switch activities she had to drag me and the chair.” When he told his lawyer he wanted to name his company cadabra, a reference to the Kabbalistic word abracadabra, the question he got back was “Cadaver?”, which triggered explosive laughter from Bezos. “He finally decided that the name of what he hoped would be the world’s largest store would be the name of the longest river on Earth,” Isaacson recounts. This is a must-read that belongs on the nightstand of any lover of good stories. 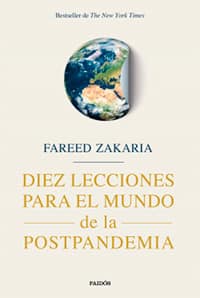 “There are decades when nothing happens; and there are weeks when decades happen,” wrote Lenin, the Russian communist leader. The quote was resurrected by Fareed Zakaria for his new book Ten Lessons for a Post-Pandemic World (Planeta) because he thought it explains perfectly one of those times in which history has accelerated to the maximum. In this book the author wants to help his readers understand both what the world will be like after the Covid-19 pandemic, and what the political, social, technological and economic consequences that may take years to manifest will be. Zakaria, who holds a Ph.D. in Political Governance from Harvard University, is a contributing editor at The Atlantic, a weekly columnist at The Washington Post and host of CNN’s flagship international politics program, Fareed Zakaria’s GPS, combines historical analysis with personal reflections on social life and loneliness to understand how we got here.

Drawing examples from the last global pandemic, the Spanish flu, as well as incidents from the Cold War and the Global Financial Crisis, Zakaria seeks to think beyond the immediate effects of Covid. He also maintains that the legacy of this pandemic will be connectivity, the race for 5G, the global digital economy, and the loss of U.S. hegemony. He also claims that our communities and institutions, our values and personal priorities will all change drastically. 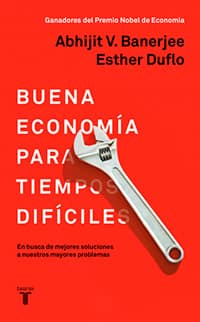 From theory to reality

With the title of Good Economics for Hard Times (Taurus), Esther Duflo and Abhijit Banerjee, a married couple of economists and winners of the 2019 Nobel Prize, publish their second book. The authors focus on the key issues that inform the public policy debate in developed countries, such as inequality, trade, migration, and populism among others. Their aim is to communicate the impact that these economic theories, which are often published in research articles, have on concrete measures that improve people’s daily lives. With a well-written, documented and entertaining style the book develops themes that are helpful to understanding today’s world. For example, when they write about immigration, they state that it is one of the factors that enables a country’s technological development and economic growth. Their data shows that of the 2017 Fortune 500, 43% of U.S. companies had been founded or co-founded by immigrants or their children. They highlight some cases such as those of Henry Ford, who was the son of an Irish immigrant; Steve Jobs whose biological father was a native of Syria; and the story of Sergey Brin (co-founder of Google with Larry Page), who was born in Russia. However, as they point out, during Donald Trump’s presidency, the dominant idea was that “immigrants just take our jobs, and are criminals and rapists who threaten the very survival of the white race.”  It is well-worth getting to know these authors, who are also the founders of the Abdul Latif Jameel Poverty Action Lab at MIT. 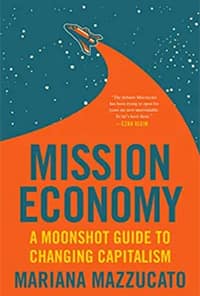 In her recent book, Mission Economy: A Moonshot Guide to Changing Capitalism (Taurus), Mariana Mazzucato once again surprised her audience, which includes great thinkers, businesspeople, politicians and even church leaders, such as Pope Francis himself. The author, whom The New York Times defined as “the leftish economist with a new story about capitalism,” bases the central thesis of her new book on the need for a profound transformation of capitalism, for which a radical restructuring of the State is inevitably necessary.
“Mazzucato believes that capitalism can be steered towards a bold, innovative and sustainable future that works for all of us,” says an article published by the BBC. The fact is that what Mazzucato says, and even more what she writes, is bound to elicit sharp opinions. This professor of Economics of Innovation and Public Value at University College London (UCL), where she is also the founding director of the Institute for Innovation and Public Purpose (IIPP), has spent years hectoring the establishment to focus on debating deep, profound, stirring, and perspective-shifting issues. In her new book, the author hooks us with the lunar program’s moonshot mission and proposes that the same level of innovation be applied to a series of key social, economic and political objectives in order to break out of stagnation. “Mazzucato argues that societies ought to abjure tired ideologies and embrace the policy approach that put astronauts on the Moon. Convincing and fascinating,” reports The Economist. 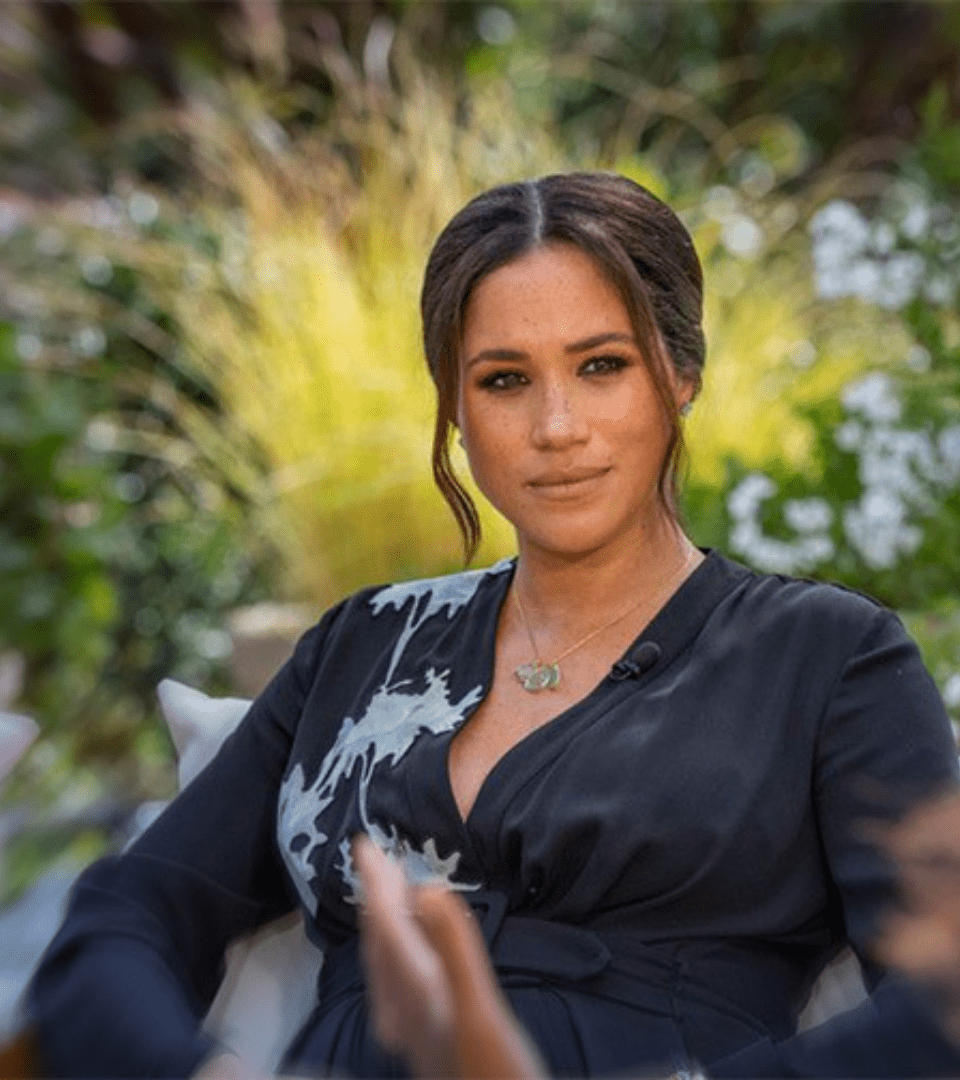 The marriage of American actress Meghan Markle to Prince Harry in May 2018 was construed as a sign of modernity by the British Crown. But, over time, this fairy tale has turned to bitterness, especially after the interview they gave together on CBS. Throughout the staging of the conversation there are thousands of political clues and winks, all of which indicate a well-studied communication strategy, and only time will tell if it was successful.